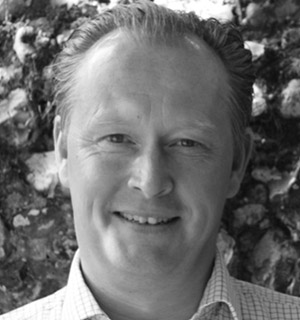 Andrew's first proper job was working in a small bar in the City of London in 1983. Loving the wine side but tiring of pulling pints he resigned to join retail chain Peter Dominic, then part of the Diageo group, and a year later its sister company Morgan Furze asked him to join with the remit of "wine sales outside the M25”. This was the start of a hugely fun time, mostly spent travelling the country in his very smart beige Ford Sierra. In 1986 he was asked to join venerable City wine merchant Corney & Barrow where he thrived, becoming their Director of Sales in 1991. After almost 19 years at C&B he left to begin his own wine merchant, Private Cellar in 2005. Andrew travels extensively, has customers scattered around the world and nothing gives him more pleasure than talking about and selling wine. 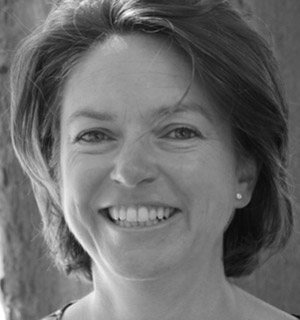 Living in Italy as part of her University degree, Nicola soon found out that there were loads of delicious wines which never made it to our shores; strangely the university refused to allow a thesis on Trentino wines in art and opera. A brief stint at Majestic was followed by a career at Corney & Barrow starting as a sales assistant, helping set up the then fledgling broking department and ultimately becoming the buyer, giving her unparalleled access to some of the finest wines in the world. She passed the prestigious Master of Wine exam in 1996, collecting the Villa Maria Viticulture Award for the best viticulture paper; for ten years she was both an examiner and chair of one of the notorious MW exam theory papers. She is fluent in French and Italian and travels extensively in both hemispheres visiting our growers and seeking out new wines to introduce to our customers. 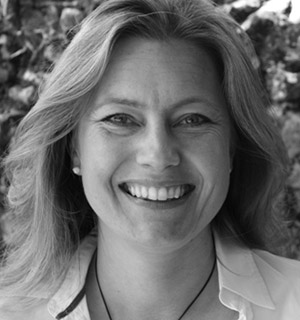 Laura owes her wine trade career to the late David Stevens MW who she met playing tennis in South Devon many years ago. David was working with Argentinean producer Bodegas Trapiche at the time and it was at their Buenos Aires HQ that Laura first worked in 1994 having majored in Spanish at university. Back in the UK, she joined Avery’s of Bristol before moving to Corney & Barrow in 1997 where she spent seven happy years, latterly as Marketing Manager. Joining Andrew and Nicola at the start of Private Cellar’s journey in 2005 was the beginning of a brilliant adventure and you will see Laura’s design ideas throughout all of our literature, offers and website. Aside from her Marketing responsibilities, Laura also manages our customers’ reserves and looks after the wine requirements of her private customers and collectors. 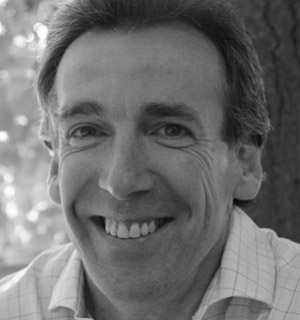 James has worked in the wine trade since 1984 when he joined Lay & Wheeler. Three years later he moved to London selling wine to restaurants before taking a gap year to travel the world. He then joined Harvey Nichols for a year before being approached by Corney & Barrow where he worked for 12 years as a wine broker. James joined the Private Cellar team six months after the company was launched and he manages our Fine Wine List as well as looking after private and trade customers in the UK and overseas. 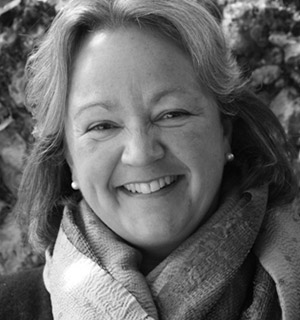 Amanda decided that wine was going to become her profession in the vineyards of Champagne working as the “jeune fille" at Moët’s Château de Saran. Returning to London, John Armit asked her to join his business, in 1987 where she worked in a series of roles, ending up as Managing Director. A family move to East Anglia in 2005 saw her take up the post of COO at Lay & Wheeler and, in January 2008, she joined Private Cellar. Amanda focuses on developing new business, looking after her customers and supplier contacts worldwide. 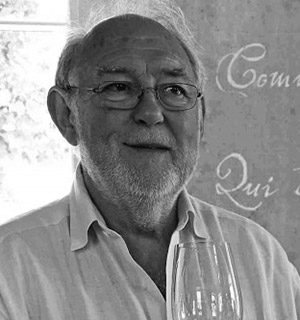 David specialised in military history and war studies at University before going on as a post-graduate to the Courtauld for History of Art and Architecture. Originally a BBC journalist, most of David’s career has been devoted to management of leading advertising and PR agencies interspersed with roles as a global marketing director and advisor to the Monopolies and Mergers Commission. Most recently he was the CEO of the UK’s leading private sector cancer clinic. He has been a trustee, director or committee member of many charitable organisations including the National Trust, Maggies Centres, the Oxford Literary Festival and as Chairman of the Global Foundation to Eliminate Domestic Violence. His love of wine dates back to an epiphany at a university wine society meeting. A Sauternes fanatic. 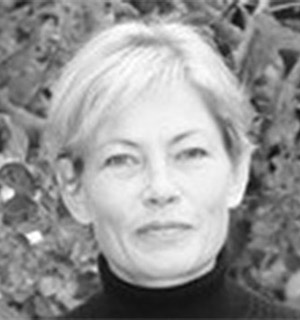 Camilla’s passion for wine was inherited from her father who over the years has built up an extensive cellar. Having spent the last fifteen years three day eventing internationally, she decided to turn her passion for wine into reality and has recently passed her WSET level 3 with distinction. Camilla has lived in the Newmarket area for over twenty years and joins the Private Cellar team to help develop their business locally. 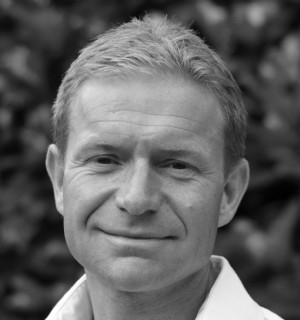 Charlie was delighted to join Private Cellar in 2016 and strives to convince the world that there is no other wine merchant worth considering. The wine trade was not his chosen career path, but almost three decades on from his first bottle sold he feels very grateful to have been tolerated by so many for so long. Always involved in selling, Charlie started at Oddbins, and jobs at Justerini & Brooks and Harvey Nichols followed. After six years at Lea & Sandeman, he spent a year in Africa, bringing in the new millennium on the shore of Lake Malawi. Next a move to Gloucestershire and the beginning of sixteen years with Haynes Hanson & Clark, the last five years as sales director. Charlie rarely sits still and spends his time looking after the wine requirements of private and corporate customers across the country. Private Cellar is based near Newmarket, the home of British horseracing and Peter brings wide and valuable wine trade experience to our team alongside extensive knowledge of the racing world. As often found at the Jockey Club Rooms as he is at Private Cellar HQ, Peter is our main point of contact for local business. He rarely sits still so if you are trying to catch him, we suggest trying Peter on his mobile before the land line. 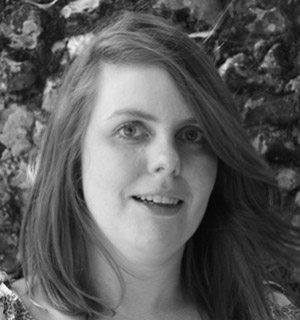 Joining the Private Cellar team in the summer of 2006, Jessica had started her career with Barclays Bank, giving her the perfect training and experience to deal with Private Cellar’s financial administration. Based at our Wicken office, Jess is also responsible for our logistics, shipping wines direct from our suppliers, day to day liaison with the warehouse and delivery arrangements to our customers. 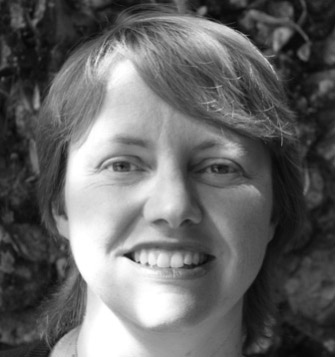 Ang joined the Private Cellar team to take care of our overseas shipping and administration but inevitably her role extends much further than that and she is often to be found buried in a pile of samples, visiting the warehouse and helping us at our Private Cellar tastings. From nearby Ely, Ang is based at our Wicken office. 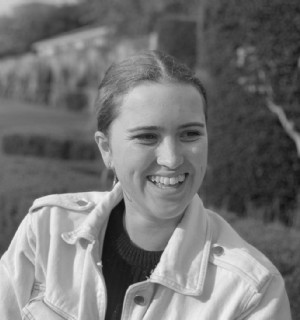 Passionate about wine Alexandra (Ali) has joined us for a 12 month internship, her fluency in Italian and French making her a natural fit for the wine trade. Whilst studying for her WSET qualifications, Ali is helping us with systems and reporting as well as liaising with our wine growers around the world to bring you the latest information via our supplier pages. 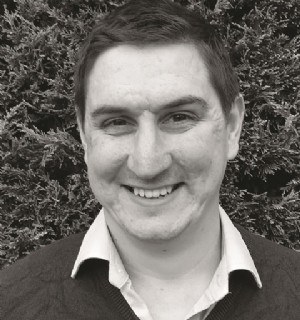 If you have a question about logistics, Shaun is your man. Joining us in 2018 and successfully completing the WSET Level 2 qualification in the same year, Shaun is an excellent stock controller and is responsible for making sure that your orders reach you safely and on time. We haven’t yet found a task that phases him, including the forensic stock checking of our customer reserves, no mean feat as Private Cellar Reserves PLC successfully grows year on year. 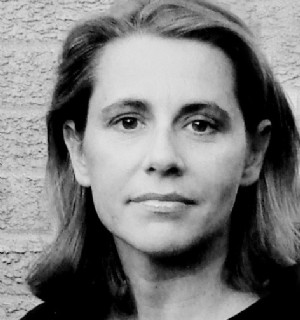 Catherine joined Private Cellar in 2019 to control the daily running of our Fine Wine List and work alongside our Trade sales team. Born in Paris, she has been working in the UK as a commercial photographer for more than 10 years and she now lives close to PC HQ in Cambridgeshire. ​Catherine has a passion for brocantes, a great eye for detail and, most importantly, a keen interest in wine - her family live just 15 minutes from St Emilion and she visits every year as a photographer, food and wine lover.